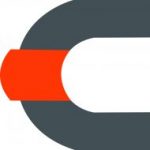 Established in 2010, the Foundation Platform for Social Transformation is a registered charity in Voorburg, The Netherlands under Chamber of Commerce #50264249. As a non-profit organization, it serves the general interest. The foundation only carries out projects that serve a social purpose. The foundation does not pursue commercial goals.

The aim of the foundation, as set out in its statutes, is to promote social transformation in the broadest sense. The foundation focuses on programs that promote the political, socio-economic and cultural development of societies. This means that we implement programs that contribute to issues such as democracy, human rights (in particular religious freedom), integrity (fighting corruption), conflict resolution, the protection of the rule of law, combating injustice, economic diplomacy, etc. 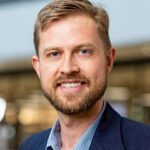 Political scientist, international consultant and researcher. Executive Director of the Foundation Platform for Social Transformation. International Director of the International Institute for Religious Freedom. Founder and scholar-at-large of the Observatory of Religious Freedom in Latin America. Professor of International Relations and Head of the Chair of Humanities at the Latin American University of Science and Technology (Costa Rica). Professor of International Negotiations at the Latin American Faculty of Social Sciences (UNESCO). Previously, he worked for the Interamerican Center for Social Security Studies, The Hague University of Applied Sciences, Open Doors International, the European Office of the Inter-American Development Bank, the Arias Foundation for Peace and Human Progress in Costa Rica, the Economic and Social Council of the Netherlands, and the Strategic Research Program of Bolivia. PhD in Political Philosophy from VU University Amsterdam. Master in Political Science from the Institute of Political Studies in Paris (Sciences Po) and Research Master in Comparative Politics specializing in Latin America from the same institution. Excellence Scholarship from the French Government (2005-2010). Visiting scholar at Bar-Ilan University (Israel) and Regent’s Park College, University of Oxford (UK). As a Mexican-Dutch author, he has published on freedom of religion, religion and politics, social dialogue, parliamentary reform and democracy assistance. He has testified in the parliaments of the United States, the United Kingdom, the Netherlands, Mexico, Costa Rica and Nicaragua.

Donations to the Foundation Platform for Social Transformation are tax deductible in The Netherlands (ANBI-status).